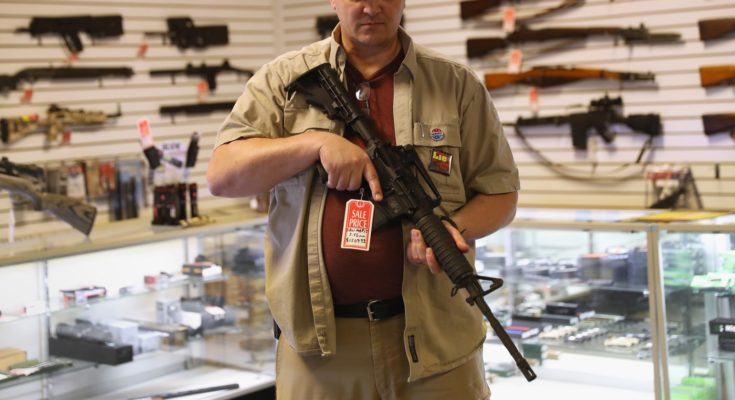 In a clear case of reverse racism, an obscure, little-known discipline called “science” has revealed that the vast majority of gun owners are uneducated white males who think black people are preparing to launch a sneak attack against the Caucasians any day now.

A new article in Scientific American by Jeremy Adam Smith (yes, “American” is right there in the name, and the article’s by a white guy! That can’t be right) examined a variety of studies on gun ownership, including a 2017 study by sociologists at Baylor University. Titled “Gun Culture in Action,” the researchers created a “gun-empowerment scale” to study the habits and create a profile of the average gun owner.

What they found was startling. (And by “startling,” I mean it reflected what people like Very Smart Brothas’ Damon Young have been saying all along. So … not startling.)

After studying a representative cross section of gun owners, researchers found that the people who have an emotional attachment to their guns were 78 percent white and 65 percent male. It must be noted that the sample size was small because—despite widespread American gun ownership—just 3 percent of the population owns half the guns in the country.

Racial anxiety was a big reason for the uptick in gun ownership, according to Angela Stroud, a Northland College sociologist. Stroud went through concealed-weapon applications in Texas and interviewed applicants. She found that many of them wanted to protect their loved ones during the impending race war.

Apparently, Barack Obama came to the secret black meeting and told black people to attack the whites. (Wait … you missed the meeting? It was great. Especially the catering. Best watermelon and Kool-Aid I ever tasted.) According to the report:

… Stroud also discovered another motivation: racial anxiety. “A lot of people talked about how important Obama was to get a concealed-carry license: ‘He’s for free health care, he’s for welfare.’ They were asking, ‘Whatever happened to hard work?” Obama’s presidency, they feared, would empower minorities to threaten their property and families.

Here are some of the more notable characteristics of the typical, emotionally attached gun owner:

The science indicated that most of these traits were not true when they examined nonwhite gun owners and women. Pew Research shows that a larger percentage of blacks have been threatened with a firearm or know someone who has been shot, but white men are more likely to say they need a gun for protection. And while most blacks find gun violence to be a problem in their community, most Republicans say more guns would lead to less crime.

So there you have it. White men need guns to pretect them from the evil Negro monsters roaming the country. They are stockpiling arms like the zombie apocalypse, despite the fact that white men are three times more likely than blacks to kill themselves with a firearm …

And even though most children who die from gun injuries are killed by a parent, sibling relative or friend …

It’s the scary black people they worry about.