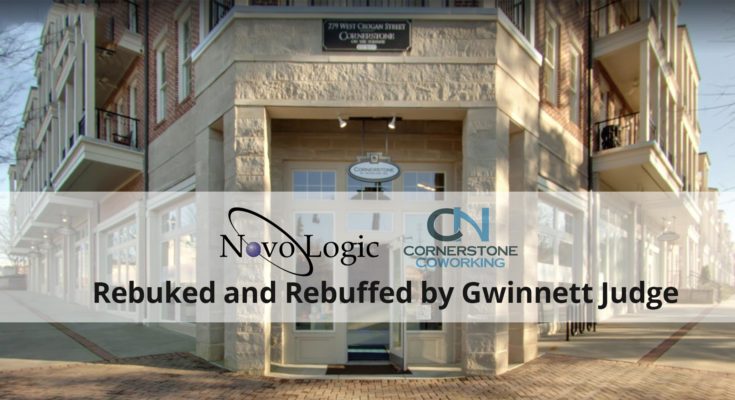 Living while black is real. Yesterday Starbuck CEO, Kevin Johnson, closed over 8,000 USA stores for racial bias training costing the company an estimated $16.4 million in lost sales. Johnson recognized racism as the cause of two black men being arrested because a white woman called the police on them for simply being in one of the company’s stores in Philadelphia.

Experiencing everyday racism is a common place for most black people in this country including in Lawrenceville, Georgia, Gwinnett County. On December 1, 2017, Cheryle Moses, creator of “Come Meet A Black Person” networking event, was evicted-by-email notification from an attorney for Cornerstone Coworking at NovoLogic where she had a monthly use-of-space agreement. The cited reason for the eviction was “a code of conduct” offense that claimed to have happened on November 15, 2017, the day before the first “Come Meet A Black Person” event at Cornerstone. Even after asking the attorney for information on the claim, Cornerstone never provided information on the supposed complaint from a tenant of the coworking space. That is why Moses sued Cornerstone Coworking at NovoLogic pro se in March 2018 for breach of contract and cost of advertising and marketing. While the judge in the matter did not find in favor of Moses, he rebuked and rebuffed NovoLogic at Cornerstone represented by COO, Jay Hassell. The judge denied Novologic’s request for attorney fee reimbursements, an injunction to stop Moses from writing or talking about Cornerstone/NovoLogic, and defamation of character.

According to Moses, no one from Cornerstone/NovoLogic ever spoke to her about the alleged code of conduct infraction. Moses attempted to find out the alleged complaint from the attorney for NovoLogic but was told there was nothing to discuss.

After being pressed several times by the judge to tell him what was the breach of contract, Hassell said, “Judge, it was offensive, foul language that a tenant reported Moses said. The judge asked again, what did she say. Hassell replied, “It was foul language. She said white people were stupid.” There was an audible sigh from several in the courtroom. Only a fool trying to bring white people to a table of racial discussion with people of color would call them ‘stupid’.

Hassell did not have any evidence of a code of conduct infraction nor did he bring witnesses to the trial.

Moses is filing another lawsuit against Cornerstone/NovoLogic in June 2018.

Was this a fabricated reason to evict Moses, her black business, Come Meet A Black Person event – and all future black-activism events – out of Cornerstone Coworking at Novologic?

NovoLogic website claims the company is in the business of “Craft, Cause and Community™” – 3 Powerful Levers used to steer the culture of your organization. Culture is more than a company picnic. It’s the code of behaviors that establishes norms for things like performance, commitment, and trust.”

Guess the culture NovoLogic is selling does not include black activists trying to change the racial divisiveness in the United States.

Looks like this is just another day of living and doing business while black in Lawrenceville, Georgia.