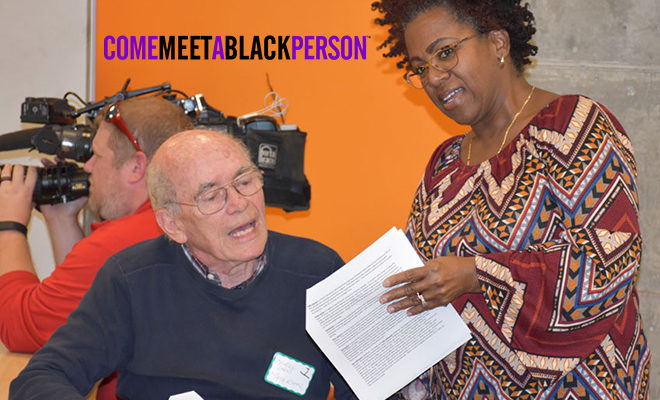 On Thursday, November 16, 2017, I presented the first “Come Meet a Black Person” networking event in Lawrenceville, Georgia. The idea, invitation headline and body content were all written in less than one hour, and the event went viral. Over 50 people attended the event including six white people (not including media), and the venue capacity was 70. The event was from 5-7 p.m. and people stayed hours after still networking and building relationships. I have received emails, phone calls, social media notes from around the world full of encouragement, and requesting the event in their respective cities. The first “Come Meet a Black Person” networking event was very successful, and I thank everyone who made it happen! [See the photo album from the event courtesy of FotosByChase.]

Many have asked me why did I plan the “Come Meet a Black Person” event, and the answer is simple. It just happened.

I was making preparations for my annual Urban Mediamakers anniversary party. Typically there is a theme derived from my annual festival held in October that carries over to the anniversary celebration. This year’s festival was full of AfroFuturism (black sci-fi, fantasy and horror) along with socially conscious films. As I was making preparations for the anniversary, I ran across the Public Religion Research Institute (PRRI) study for the umpteenth time that reports 75% of all white people in the USA do not have non-white friends. In that moment, I decided to invite white people who did not have non-white friends to come to my event and meet a black person.

Normally I ponder over and rewrite my headlines to get the most traction, the most interest, but not this time. For the past 16 years, I have marketed events for Urban Mediamakers in hopes of getting media attention with limited success. But not this time. This time the headline “Come Meet a Black Person” went viral and sparked emotions across the world, fueling conversations and comments, both positive and negative.

When the Universe shows up, you do not question it, you just flow with the flow.

Oh, but let me not forget my Georgia manners. My name is Cheryle Moses. I am a seasoned African woman born and raised in Atlanta, Georgia. As one with beautiful brown skin, I am classified as black 24/7, 365 days a year.

As a black woman, dealing with racism is a part of everything I do – at the job, in relationships, getting on elevators, at gas stations, shopping at retails stores, restaurants, when dealing with law enforcement and the government — you name it! Just day-to-day living in this world as a black person means finessing blackness in a whitenitized world. Many white people — and those who classify themselves as non-black — have been whitenitized to believe skin color denotes intelligence and worth as a human.

I have lived in Gwinnett County, Georgia for the past 10 years, and bought a house in Lawrenceville, Georgia in April 2016. As I said earlier, racist encounters are everyday as a black person, but the first weekend in my house, a white mid-20s male and female came to my door (peeping in my windows) at 1:00 a.m. asking if their cell phone was in my house. I called the police. A Gwinnett County officer (young white guy) arrived and stayed at the bottom of my driveway talking to the white young adults. After some time, I came out of my house and walked down the driveway since I called the police. The officer approached me in my driveway and informed me that the young adults had an app that tracked their lost cell phone to my house. “What?” I responded to the police officer. The officer then asked with arrogance and total disrespect, “Are you sure you don’t have the cell phone in your house?”

Months later, Trump was elected president on a Tuesday in November and on Wednesday as I drove home from work, two young white men in a pickup truck with a huge confederate flag turned wheelies on a main street in Lawrenceville, GA during after-work traffic celebrating Trump’s win. I felt a fear that I have never experienced before in my life.

Now in 2017, racists white and non-black people are aggressive and blatant with their bigotry. There is a fearlessness about bigots today. I am not the one for this nonsense, but I do not want to die or kill someone else needlessly over the color of my skin. I cannot call the police with confidence. But I also do not want to be quiet and do nothing about the divisiveness of these times.

And then came the “Come Meet a Black Person.” I believe as long as non-black people listen to lies written and spoken about blacks in this country and the world, racism will continue to thrive. It is only until you see another person as a friend, an equal, a person your life would not be wonderful without – will racism change.

After hosting the first “Come Meet a Black Person” networking event, I have learned several lessons.

The next steps for “Come Meet a Black Person” events are as follows.

In closing, I am excited about the future of “Come Meet a Black Person” and evolution of the movement. I invite you to become a part of the movement and help change the racially divisive world that we live in today.

We are willing to start the healing. Are you?

8 Minutes and 46 Seconds: How George Floyd Was Killed in Police Custody 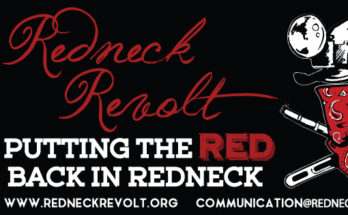